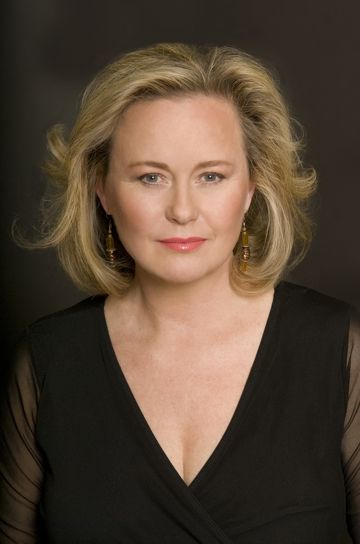 She relocated with her husband and family to Charlotte in July 2001 to establish an office for Speed Reading International, Inc (SRI) in the United States. Dr Bruce W Stewart is the President of SRI which has offices in the United Kingdom and South Africa.

Prior to arriving in Charlotte, she was the Managing Director of Bruce Stewart & Associates cc doing business as, BSA Public Relations & Event Management and the Marketing Director of Ulibambe Marketing and Corporate Communications cc, a strategic Black Economic Empowerment (BEE) alliance partner of BSA PR.

Dianne has extensive experience in Public Relations campaigns, strategic planning and the planning of public relations programs for major organizations in South Africa, both locally and internationally.

She has worked in all major areas of the communications industry - within the consultancy arena, at a leading South African advertising agency and for a stock exchange listed company in the Anglovaal Industries Group, before starting her own PR company some 18 years ago.

Implemented the very first environmental awareness & recycling strategy in Africa and launched the program in South Africa to encourage consumers to conserve glass, paper and plastic for recycling purposes and waste management.

Researched and established the Consol Glass Museum in Talana, Dundee, (Kwa Zulu Natal) after buying pieces all over the world and which is now seen as an extremely valuable collection by collectors and connoisseurs alike. (1986 - 1988)

ESTABLISHMENT OF OWN BUSINESS

Recently she started up this consultancy service in Charlotte, North Carolina for the purpose of consulting to the Crafting Cultural Understanding project for Harriet Sanford, principal consultant to the project.

Past Clients have included :

·Media Liaison for the Millennium 2000 celebrations in Southern Africa working closely with the SA Government.

·Habitat for Humanity in South Africa

In 2004 Dianne was approached by Harriet Sanford, then CEO of the Arts and Science Council to consult with her on a project entitled “ South by South Africa : Crafting Cultural Understanding” which was successfully completed in June 2006 and which also became part of the National Black Arts Festival in Atlanta, GA. during July 2006.

South by South Africa (www.southbysouthafrica.org) was a multi faceted international collaborative between 10 Charlotte institutions and funded by the South African Department of Arts and Culture and the James S. and John L. Knight Foundation. Dianne was the Charlotte Project Manager and managed all aspects of the collaboration, both from a day-to-day management and communications perspective.

This project recently won two awards from the Best of the Best (BOB) Awards from Charlotte magazine for “Best Cultural Collaboration” and “Best Exhibit at the Light Factory” and enjoyed much success with all the following participating organizations:

Out of these activities have grown other ad hoc marketing clients which include : American Home Mortgage, the Metrolina Real Estate Investors Association, Vinnovative Imports, The Clair Team at ReMAX Executive Realty, Community Building Initiative and entrepreneurial group ‘The Chairwomen.’

University Education: Graduated with a 4-year Bachelor of Mus (Hons) from the University of the Witwatersrand, Johannesburg (Wits) (1983). Subjects other than music majors and flute and piano performance, included English, History of Art, History of Music and German. Thesis for M.Mus degree was entitled "Chinese & Japanese music education on the Reef.” Dianne is a member of the Wits Alumni Association.

COMPUTER SKILLS
Dianne is fully computer literate with skills in all MS Office products and graphic design programs like Photoshop, Corel 10 and is fully internet mobile. She designs and prints brochures, newsletters, postcards etc for marketing purposes for all her clients in Charlotte.

AWARDED APR BY PRISA
Qualified with the APR status with PRISA in 1994 - an internationally recognized accreditation in Public Relations, valid in the USA, Canada, the UK and Australia and New Zealand .

MEDIA CONTACTS
Dianne has a formidable list of personal media contacts in radio, television and press, built up over the past 18 years in the South African and international media world. Since being in Charlotte she has built up a similar media contact network.

INTERNATIONAL TRAVEL
Dianne has traveled extensively all over the world on behalf of clients including to the following countries ; The USA, the UK and Italy (for Consol Ltd), Singapore and the Maldives (for Logan’s Tours), Egypt, Oman, Sinai and the United Arab Emirates with the media for various clients including M-Net Supersport TV.