Charlotte, NC, November 19, 2015 - Cimarron Sky Gallery is the only art gallery specializing exclusively in American Western Art in the Southeast United States. Located in Charlotte's historic SouthEnd, its mission is to offer authentic American Western Art representing a select group of award-winning quality artists and sculptors from across the country.

Tim Rowley, Owner of Cimarron Sky Gallery, local businessman and art collector says, "Our artists have been handpicked to represent the very best that American Western Art has to offer. We will focus initially on paintings and sculptures that tell the story behind the rich history of the people of the Western United States. Many of these artists' works embody the values and culture of Native Americans, Cowboys and the diverse people who settled in that region over the last 200 years."

"When guests spend time in the gallery, they will truly experience an adventure," adds Savannah Shaw, Director at Cimarron Sky Gallery. Savannah brings her business development and direction consulting expertise, and her many years of sales and marketing experience to the gallery. "The opening of Cimarron Sky Gallery gives Charlotte another way in which we can continue to realize our vision of being a first class global city, offering a diverse and vibrant art culture," she added.

Charlotte, NC June 30, 2015 -  Team Creatif Group, an internationally recognized strategic consumer brand and packaging agency, which opened their US headquarters in Charlotte, NC in 2014, hosted the North Carolina Secretary of Commerce at their global headquarters in Paris, France on June 18th, 2015.

Sylvia Vitale Rotta, Team Creatif Group CEO, said, "It is always an honor to host guests at Team Creatif's Paris headquarters and to have a delegation visit us from the State of North Carolina's Department of Commerce. It was an exciting event."

Sherry Baudry, the International Director at Team Creatif, presented the 30-year history of Team Creatif Group and why successful global brands trust the Agency as their brands' custodian.

In attendance were the NC Secretary of Commerce, Mr. John V. Skvarla, III; Mr. Rick Hill, Director of International Trade for the Economic Development Partnership of NC; and Mr. Todd Brennan, European Director for the European Office of the State of NC. The delegation was very supportive of Team Creatif USA's Charlotte base, and its continued success.

With the global headquarters in Paris and offices in Lyon and Limoges, France; Milan, Italy; Sao Paolo, Brazil; and Jakarta, Indonesia; the Charlotte office was established to service the Group's American clients including Bel Group as well as new clients, like Campofrio Food Group. Team Creatif chose Charlotte as its USA base because of its international business reputation and convenient hub airport, as well as its well-known dedication to art and design.

Team Creatif's "global-but-local" approach has resulted in 30 years of international brand experience with its clients. Team Creatif Group is among the largest independent global design agencies in the world and specializes in Fast-Moving Consumer Goods with a focus on food brands as their primary passion and expertise. 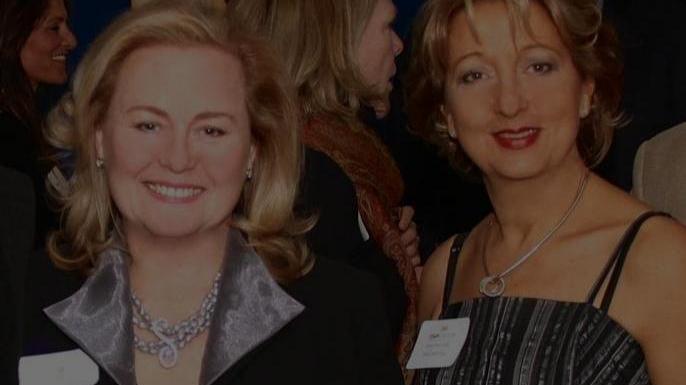 Charlotte, NC - Team Creatif USA launched its new office in the United States with a gathering of some 100 clients and friends at their new location in the Carillon Building in Uptown Charlotte, NC.

Guests included the Honorary Consul of France for NC, Laura Meyer Wellman and many Team Creatif USA clients and members of the media.