Studio Charlotte at impasse with the City of Charlotte 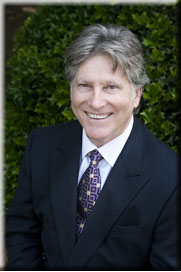 Charlotte, NC March 20, 2014 - Studio Charlotte submitted what we considered was a responsible, thoughtful solution for the revitalization of an economically challenged area of town. With the support of local residents, our development partners and investors, we presented to the City of Charlotte a clearly defined roadmap as to how the property would be developed and financed in its RFP presentation of over forty-five pages. The solution was to build an industry [film], with educational, retail and mixed-use options that over time would totally revitalize an area of the city that for so long the public and private sector[s] have ignored.

The purchase of the land and the leveling of the old Eastland Mall by the City of Charlotte was a good beginning, but that is all it was... just a small beginning!

The negotiations/talks got caught up in who will pay for what studies and the city requesting more information without a definitive understanding by Studio Charlotte on the end goal of the MOU period.

From the very beginning both parties knew that no decision could be made until the state made theirs on the film incentives. On the advice of our developing business partner, a $9 Billion public company, we chose not to divulge additional proprietary information until the decision on the incentives has been made.

If your decision is to terminate your work with us now, we are sad for the people who saw hope and excitement in our project on the east side, but we will continue our work to bring a state of the art studio and educational complex to the area.  While we had hoped it would be for the good people of the east side, at least we know we will brings jobs, revenue and education wherever we are in North or South Carolina.

While the decision on the North Carolina incentives is being made, we now turn our attention on breaking ground this summer on our first studio under the Studio South banner in a state that encourages the film industry. Hopefully, later we will then choose a suitable location in the Charlotte area and be prepared to begin in North or South Carolina, depending on the incentives decision.

We still believe that we have the best option for the city and the residents of the east side and regret that the city does not agree.  We wish you the best in finding what you think is a more viable solution.  The people of the east side deserve that and we deeply appreciated their support for our project.