Charlotte, NC - The Christ Church Cathedral Choir, completed their first US Canada Tour since 2006 with a sold out concert at Grace Church on the Hill in Toronto, Canada on Friday, April 8, 2011. Eager guests had to be turned away the door. Similar sold out concerts were held in Charlotte, NC at Covenant Presbyterian Church, St Alban's Episcopal Church in Davidson, NC, the National Cathedral, Washington DC, St Bartholomew's in New York City, Trinity Church on Copley Square in Boston, MA and ending in a thrilling final concert in Toronto, Canada at Grace Church on the Hill.

It was no mean feat to get 40+ choristers, chaperones and organists to all the destinations, special events and concerts in often tight deadlines right across the east coast, including a special performance at the British Embassy in Washington DC and a reception at the British Consulate in Boston's Beacon Hill.

A successful live interview was recorded in the extraordinary Fraser Performance Studio at WGBH 99.5 All Classical in Boston under the expert eye of Benjamin Roe. The recording included interviews with Music Director of the Choir, Dr. Stephen Darlington and two choir members  - Tom Bennett and Joshua Hirst. The performance included pieces by Thomas Tallis - Salvator mundi; Charles Villiers Stanford - Justorum animae; Robert Parsons - Ave Maria; William Walton - Set Me as a Seal and John Rutter's - It Was a Lover and His Lass.

The choir produced a commemorative tour CD of a selection of some of the music performed on the tour on the Nimbus label. 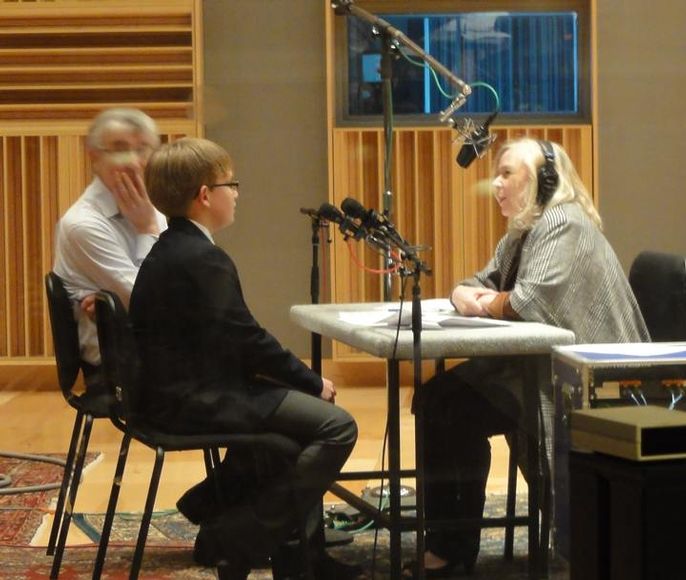