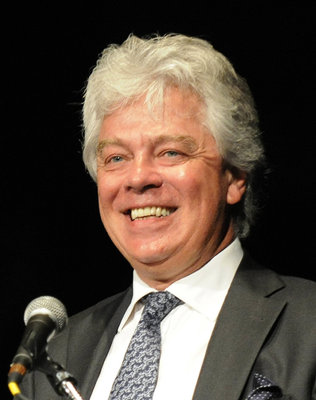 The wedding ceremony will take place at 11:00 a.m. at Westminster Abbey. The Dean of Westminster Abbey, the Very Reverend Dr. John Hall, will conduct the service, and the Archbishop of Canterbury, the Most Reverend and Right Honourable Dr. Rowan Williams, will marry Prince William and Miss Middleton.

The London Chamber Orchestra is the UK’s oldest professional chamber orchestra. Christopher Warren-Green was appointed as Music Director and Principal Conductor of the London Chamber Orchestra in 1988 and continues to hold that position. In September 2010, he became Music Director of the Charlotte Symphony. He and his wife Rosemary reside in Charlotte with their son, Jamie.

“The choice of Christopher Warren-Green to conduct at the Royal Wedding confirms his stature abroad as a musician of the highest caliber,” said Jonathan Martin, Charlotte Symphony Executive Director. “As Music Director of the Charlotte Symphony, Christopher brings international attention to Charlotte as he participates in the Royal Wedding activities. We are very proud and honored that Charlotte will be represented at this important and memorable occasion by our esteemed Music Director.”

“Dottie and I are excited and pleased that our friend Christopher Warren-Green has been chosen for such a distinguished role and responsibility,” said Charlotte Symphony Board Chair and former N.C. Governor James G. Martin. “At the same time, this goes to show how fortunate Charlotte is to have recruited such a globally established and highly regarded musician to lead our Charlotte Symphony.”

Maestro Warren-Green has conducted numerous concerts at Buckingham Palace, Highgrove House and St James's Palace. To mark the occasion of Her Majesty The Queen’s 80th birthday at Kew Palace, he conducted a private concert for the entire Royal family. In 2005, he directed the Philharmonia Orchestra for the celebration of the marriage of HRH The Prince of Wales and The Duchess of Cornwall and in 2008 he conducted at the 60th birthday celebration concert for HRH The Prince of Wales.

In addition to the London Chamber Orchestra, other ensembles performing at the Royal Wedding include The Choir of Westminster Abbey, The Chapel Royal Choir, and The Fanfare Team from the Central Band of the Royal Air Force. Further information on the music will be made available nearer the time of the wedding.