Charlotte, NC January 26, 2011 - The Symphony Guild of Charlotte is at it again! Fashion aficionados are buzzing at the news that Jeannette Alvarado and her team of dedicated volunteers are planning a spectacular fashion show at The Atrium at 2 Wells Fargo Center on Friday, March 4, 2011.

Doors open at 6:30 pm and the Runway show begins at 8:15 pm. Tickets are $75 and include the fashion show, food & beverages. For those wanting something special, VIP tickets starting at $150 including reserved parking and Premium VVIP Tickets at $250 are also available, which include all the above, plus on- stage seating. Tickets are available online at symphonyguildcharlotte.org or call The Symphony Guild office 704- 525-0522.

Well-known fashionistas from local couture boutiques, Nitsa’s and Our Place, will present up-to-the-minute fashion on beautiful models wearing exclusive Daily Wear, Cocktail Wear, and Formal Wear. Members of the Charlotte Symphony Youth Orchestra will be performing live during the party.

During the evening, the prestigious 2010 Marie R. Rowe Award for Outstanding Volunteer for the Arts, will be presented to Jeanne Martin Brayboy, a community arts leader who has made a substantial and positive difference to the cultural life of Charlotte.

This event will benefit The Symphony Guild of Charlotte. The Guild provides financial and volunteer support to the Charlotte Symphony, the Charlotte Symphony Youth Orchestras, and musical enrichment reaching pre-schoolers to high school. Part of the outreach activities include the Musical Petting Zoo, a menagerie of donated musical instruments which Guild volunteers take to ImaginOn and the CSO Lollipops concerts, for young children to experience symphony instruments in a hands-on environment.

In addition, The Symphony Guild also offers an annual Young Artists Competition, Youth Festival, Master Classes and Scholarships for promising young musicians. Over $180, 000.00 has been granted to deserving students in this region since 2000. Special fund raising events are presented throughout the year and have included The Symphony Guild ASID Designer House – an event pioneered by The Guild almost 40 years ago.

The Symphony Guild of Charlotte helps provide world-class cultural enrichment while being recognized throughout the country as one of the foremost symphony volunteer organizations. It has won national acclaim for its projects, receiving 15 gold and silver awards from the League of American Orchestra’s since 2000 alone. It received their prestigious Award of Distinction in 2005 and subsequently three Awards of Excellence in 2008, 2009 and 2010. In its 59-year history, the Guild has raised in excess of $4.8 million to support the Charlotte Symphony Orchestra and its Youth Orchestras 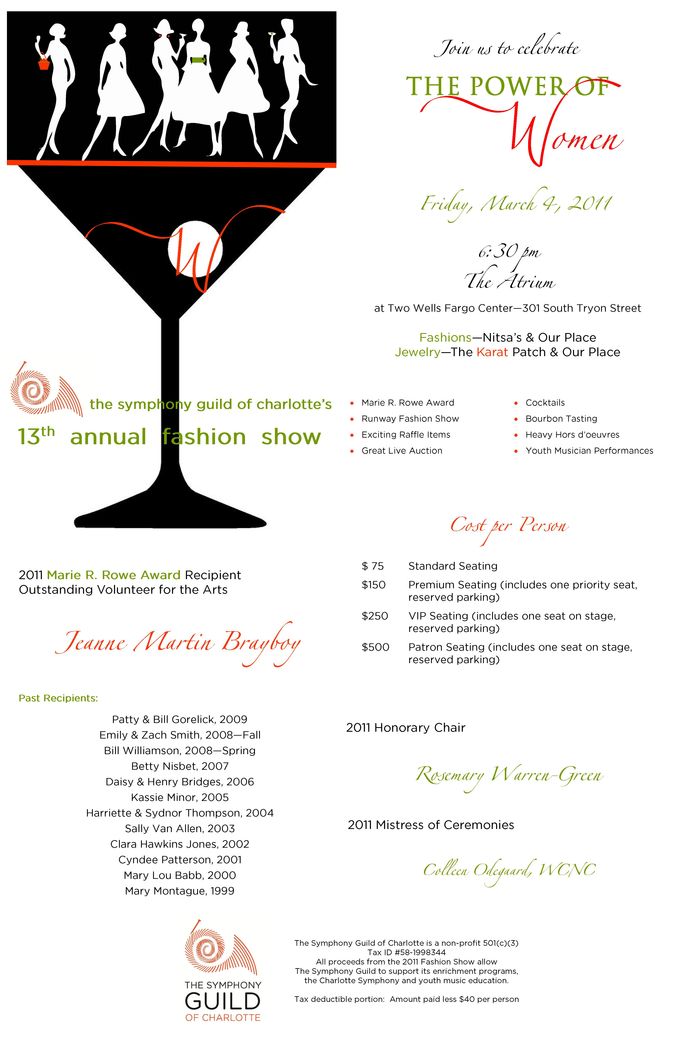