Charlotte, NC - A Special once-off lecture by South African scientist, author and explorer, Michael Tellinger will speak on the Origins of Humankind, Ancient Civilisations of South Africa and the Evidence of the FIRST PEOPLE some 300,000 years ago, on Thursday 2 September, 2010 at the Charlotte Scottish Rite Auditorium, 4740 Randolph Road, Charlotte, NC at 6:30 - 9:30 pm. Tickets $30 at the door.

Long before the Egyptians ever saw the light of day, an advanced civilisation of humans lived in southern Africa, mining gold. These were also the people who carved the first Horus bird, the first Sphinx, built the first Pyramids and built an accurate stone calendar right in the heart of it all. Adam’s Calendar is the flagship among millions of circular stone ruins, ancient roads, agricultural terraces and thousands of ancient mines, left behind by a vanished civilisation which we now call the FIRST PEOPLE.

Where did humankind SUDDENLY appear from around 280,000 years ago? Why has humankind been so obsessed with GOLD since the earliest of time? Exposing the LOST CITY OF ENKI – the largest city ever constructed. Advanced knowledge of FREE ENERGY & SACRED GEOMETRY by the ancients. Evidence that points to the Anunnaki presence on Earth in ancient times. 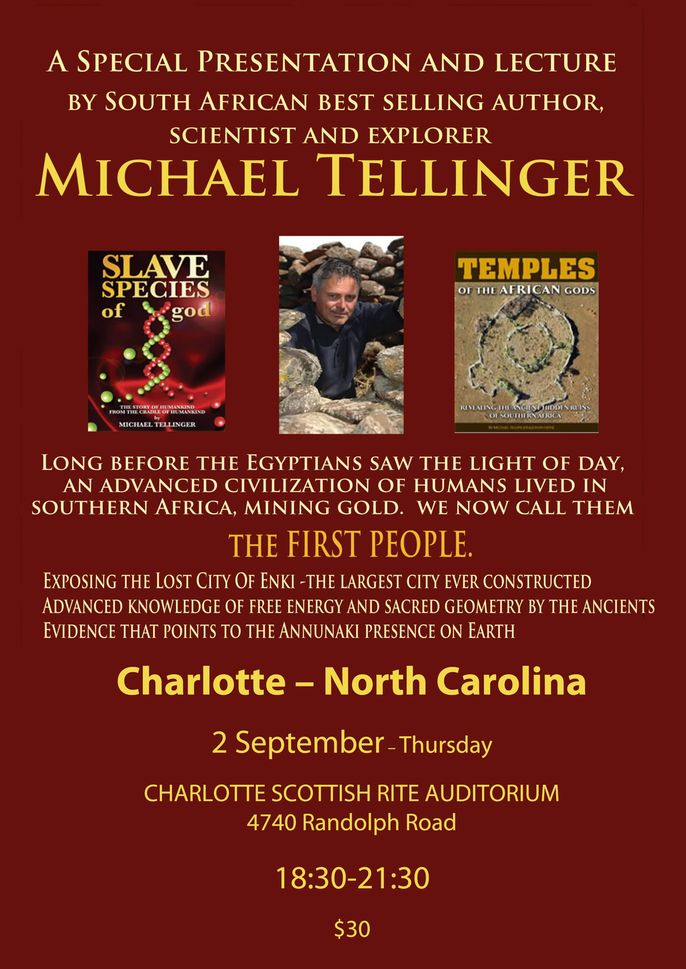